The History of St. Paul's Church:

For over 200 years, St. Paul's Church has served the Burkittsville community.

German families began migrating to the Middletown Valley from Pennsylvania in the mid-eighteenth century and they brought with them their faith traditions, including German Reformed (now United Church of Christ), German Baptist (today's Church of the Brethren), and Lutheran beliefs. In 1815, the Rev. Martin Stockman held the first recorded Lutheran worship services in Burkittsville, traveling here from northern Virginia. The Rev. Abraham Reck later pastored to this early mission and led the congregation to its organization in 1829. The first worship services were likely held in private homes and in a cabinet shop owned by the Karn Family in Burkittsville.

In 1829, the Lutheran congregation joined with the German Reformed congregation in Burkittsville to built a Union Church, or a shared house of worship. This was a common practice among early faith communities in the valley. For thirty years, the two churches worshiped in this shared space. In 1859, the Lutherans began construction of St. Paul's Church which was completed on the eve of the American Civil War. The Reformed congregation remained in the Union Church which itself was largely rebuilt in 1860 (this building is still standing today and now houses South Mountain Heritage Society).

On the evening of September 14, 1862, wounded soldiers from the United States and Confederate armies were carried into the sanctuary as well as the Sunday School chapel on the first floor as St. Paul's became one of a dozen field hospitals in and around Burkittsville. The soldiers were wounded in the Battle of South Mountain which was part of the Maryland Campaign and a prelude to the Battles of Harpers Ferry and Antietam, fought on September 15 and 17, 1862, respectively. Soldiers were housed in St. Paul's Church through Christmas of 1862 and the army relinquished the building back to the congregation on January 31, 1863.

St. Paul's Church, along with the entire village of Burkittsville, flourished in the post-Civil War decades. In 1866, the church's pastor, the Rev. William C. Wire, established a collegiate school for girls known as Burkittsville Female Seminary. Initially, classes were held in his house, but by 1869, a three-story seminary building containing classrooms and dormitories was built along West Main Street in Burkittsville. The school operated until the mid-1880s and many of its graduating women went onto careers as teachers. During this time, St. Paul's was the center of a charge (or parish) which included Trinity Lutheran Church at Knoxville, Luther Chapel at Petersville, and later Braddock Lutheran Church. In the 1870s, the church built a parsonage which still stands across the street, a beautiful example of Italianate architecture which was restored in 2018.

In the mid-twentieth century, St. Paul's Church was transformed by the addition of a two-story educational annex behind the sanctuary, completed in 1955. In 1964, the sanctuary was renovated to its present appearance and the pipe organ, originally installed in 1914, was rebuilt and expanded. The church's Parish Hall was originally the Burkittsville School, built around the same time as the church in 1859 and used until 1914 when a new elementary school (now the Burkittsville Ruritan Club) was built.

​Now in its third century, St. Paul’s Church continues to be driven by a spirit of dedication to community, emboldened by this important history to serve the needs of our 21st century society. 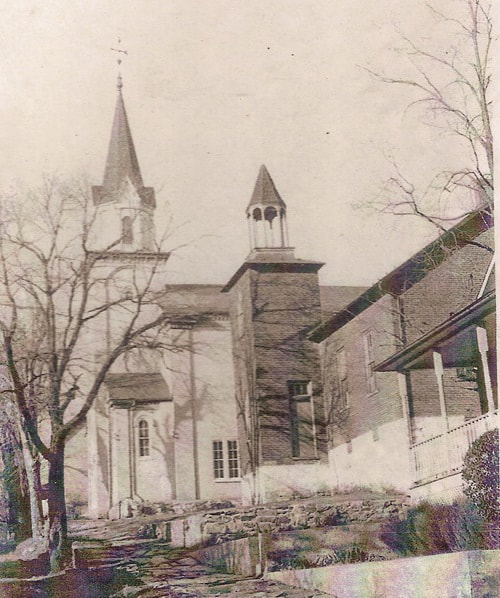 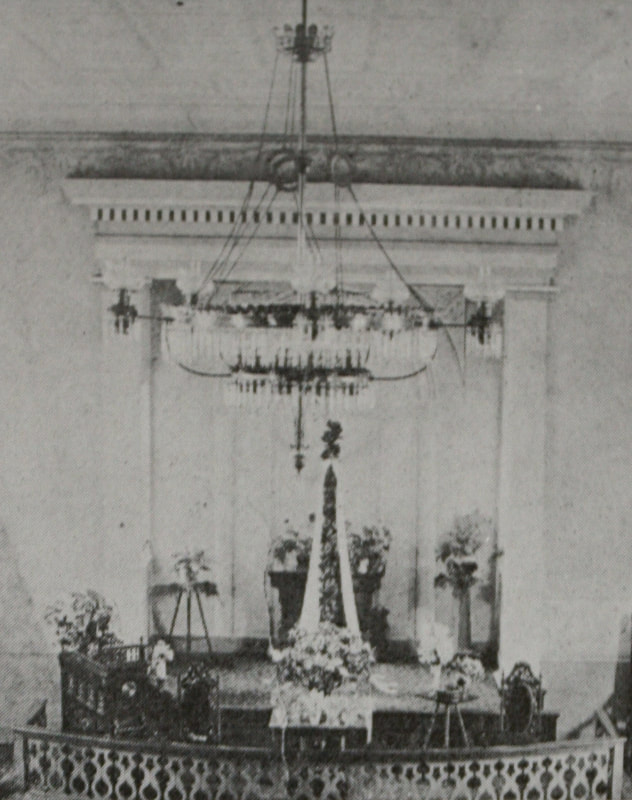 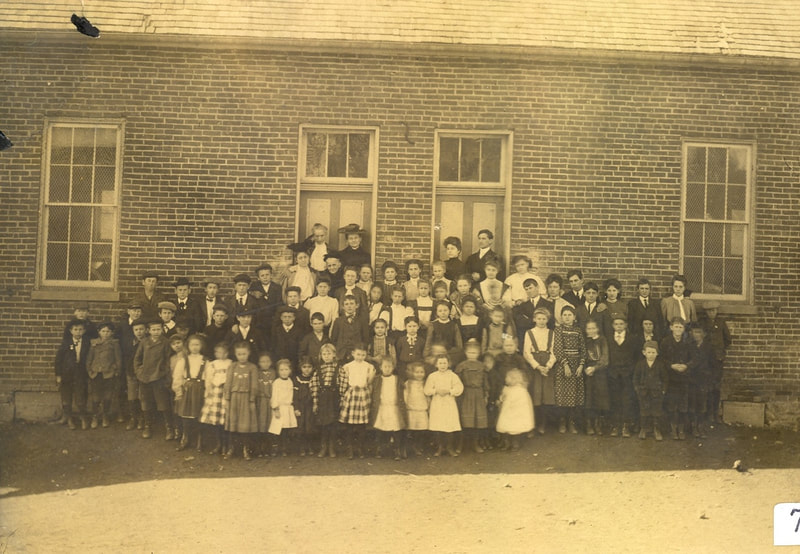 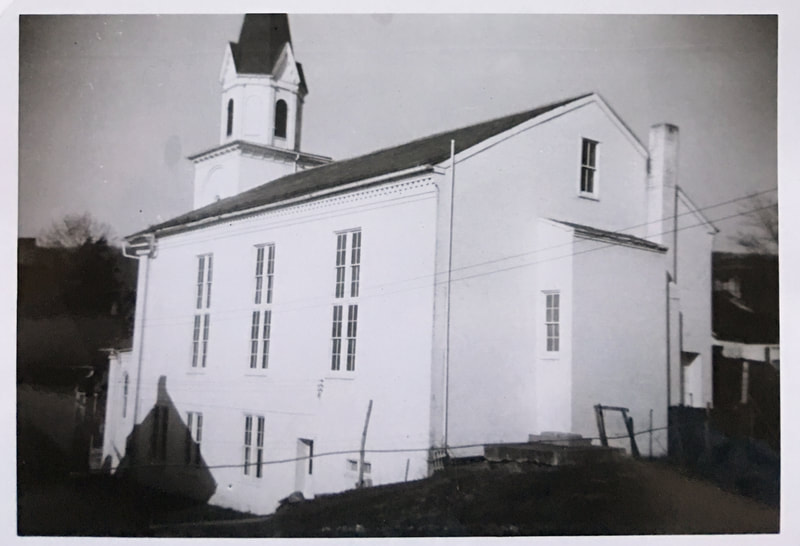 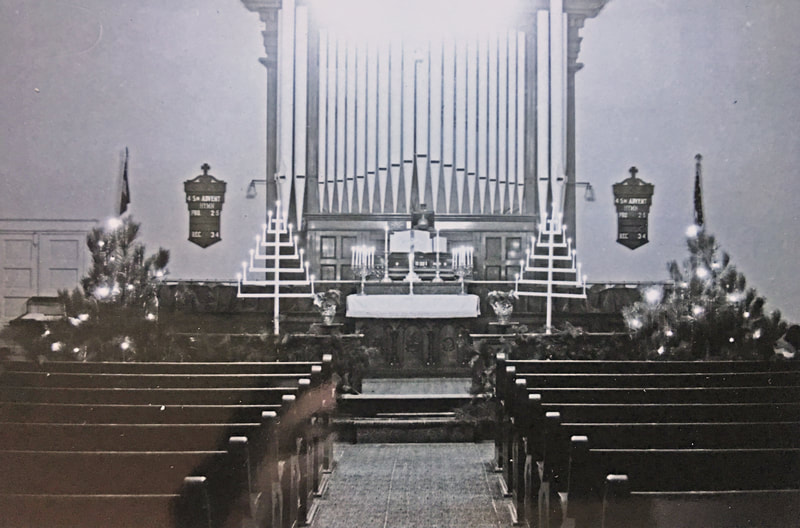 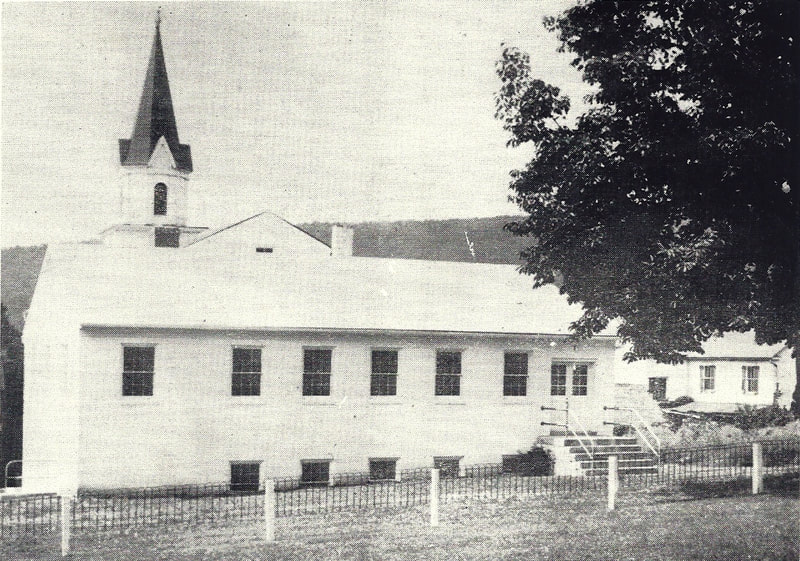 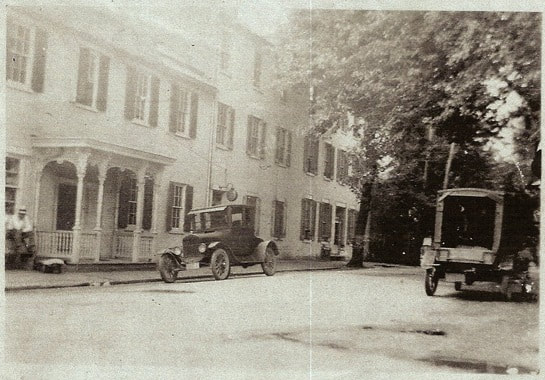 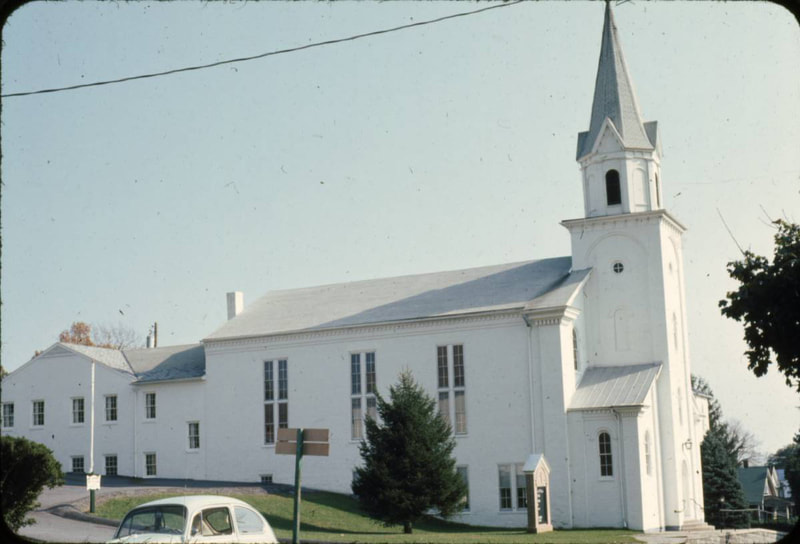 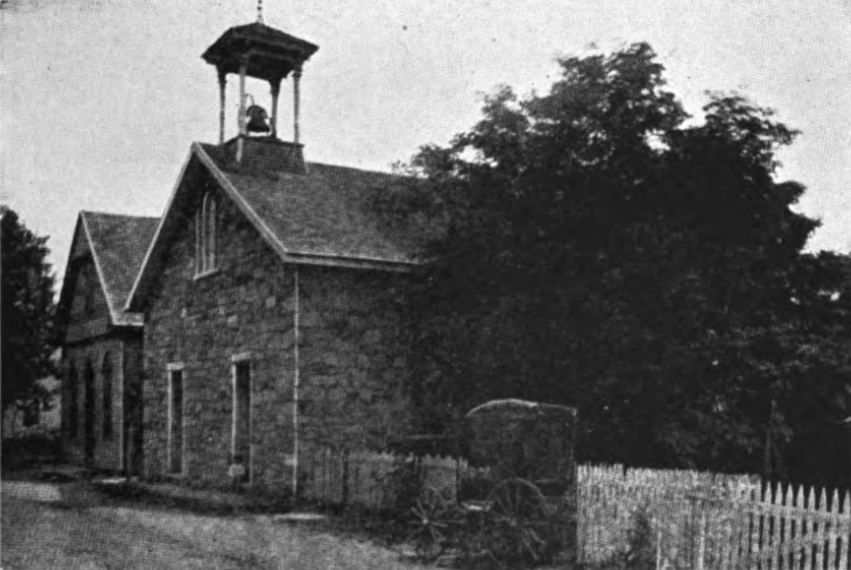 Our congregation is blessed to worship in a historic and beautiful space. When St. Paul's Church was constructed in 1859, it was decorated in the popular Greek Revival style. Two important elements of the original decoration survive inside the sanctuary. Surrounding the altar area in the chancel are two pilasters which support a pediment, decorated with dentils (small wooden blocks resembling teeth) and a carved cornice. The gallery which spans the rear of the sanctuary also dates from 1859 and is supported by two Doric order columns. The railing also sports dentils which run the entire length of the gallery. The present exterior appearance of St. Paul's Church largely dates from the mid-1870s when the narthex, bell tower, and spire were built. This part of the building introduces Federal and Romanesque architecture and was modeled after St. John's Lutheran Church on South Potomac Street in Hagerstown, Maryland.

There are many signs of the architectural evolution of St. Paul's Church to be found inside. The sanctuary was redecorated a various periods in the late-nineteenth and early-twentieth centuries, reflecting the change in taste from the austere Greek Revival to the highly decorative Victorian Era. The pressed metal ceiling in the sanctuary was installed in 1896 and contains various natural decorations including roses, a traditional symbol of the Virgin Mary as well as Lutheranism, and seashells, a symbol of the sacrament of Holy Baptism. The pews on the main floor of the sanctuary were installed in the early-1900s and have ends decorated with incised Gothic arches and applied scroll work. In the gallery, eight of the original 1859 pews survive and reveal a much plainer design, each end having a single panel and capped by a wooden scroll. Another important survivor from the Victorian Era are the eight windows in the sanctuary and the nine found throughout the narthex and bell tower. All of these windows are examples of grisaille stained glass, a method of decorating glass windows which originated in twelfth century France. Each pane was imprinted with a pattern using paint containing iron oxide which produced the warm brown color of the designs. There are three patterns repeated throughout the windows.

There are two notable works of art displayed in the sanctuary and the chapel. Above the choir loft is an oil painting of Christ praying in the Garden of Gethsemane. The portrait originally hung over the altar in Trinity Lutheran Church in Knoxville and was brought to St. Paul's for preservation after Trinity closed. Over the altar in the Sunday School chapel is a fresco of Christ surrounded by children, painted in 1944 by noted Frederick artist Helen Leona Smith. There is a tradition that the children in the portrait were modeled after children in Burkittsville and Smith incorporated a mountain in the background which closely resembles Lamb's Knoll and South Mountain as they appear in the Burkittsville area.

We invite you to explore our historic church when attending worship services at 11:15 am each Sunday! 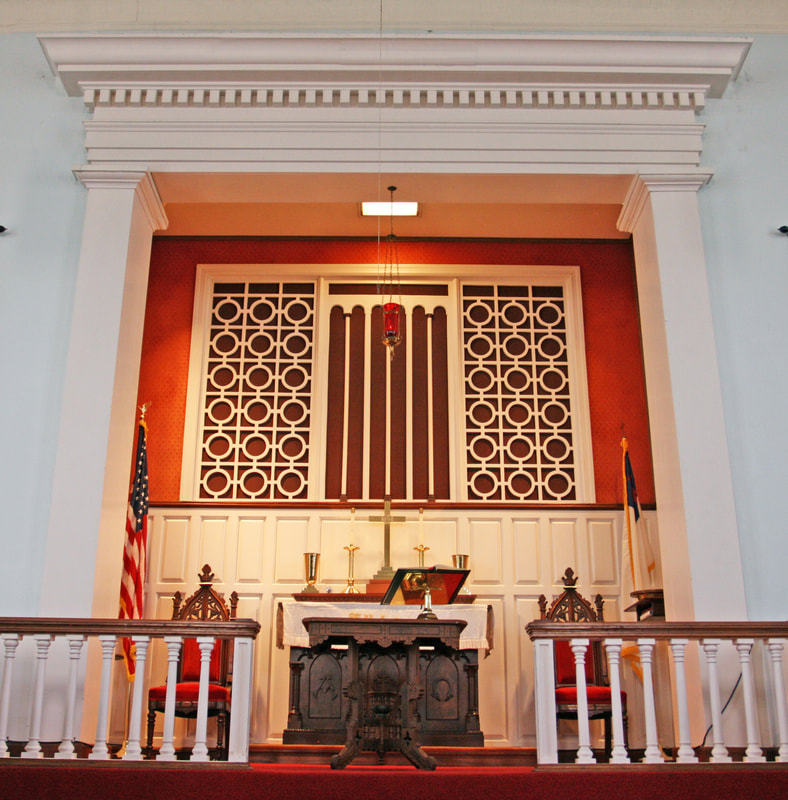 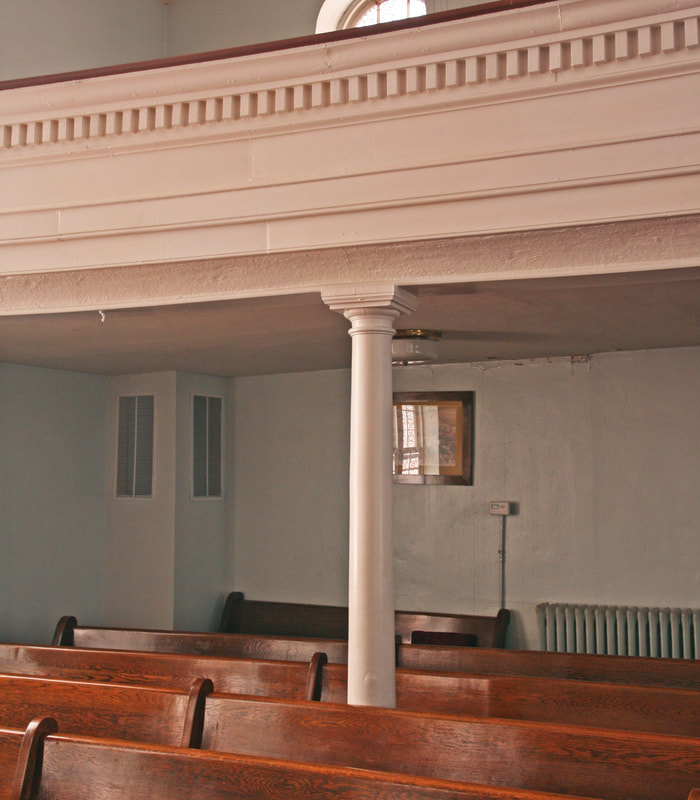 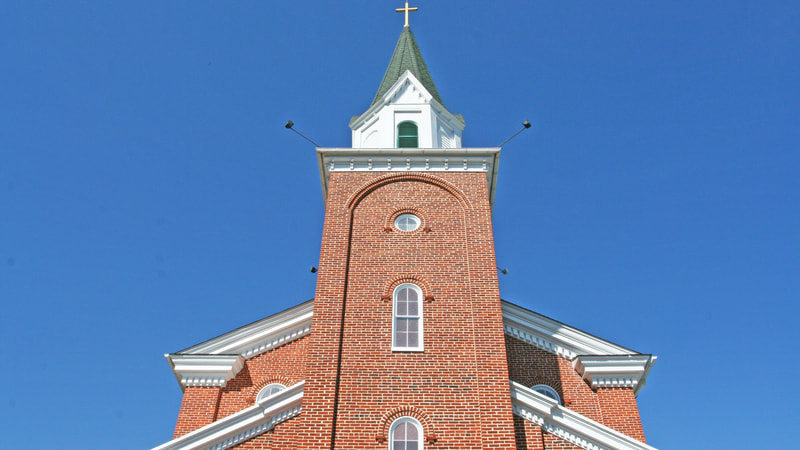 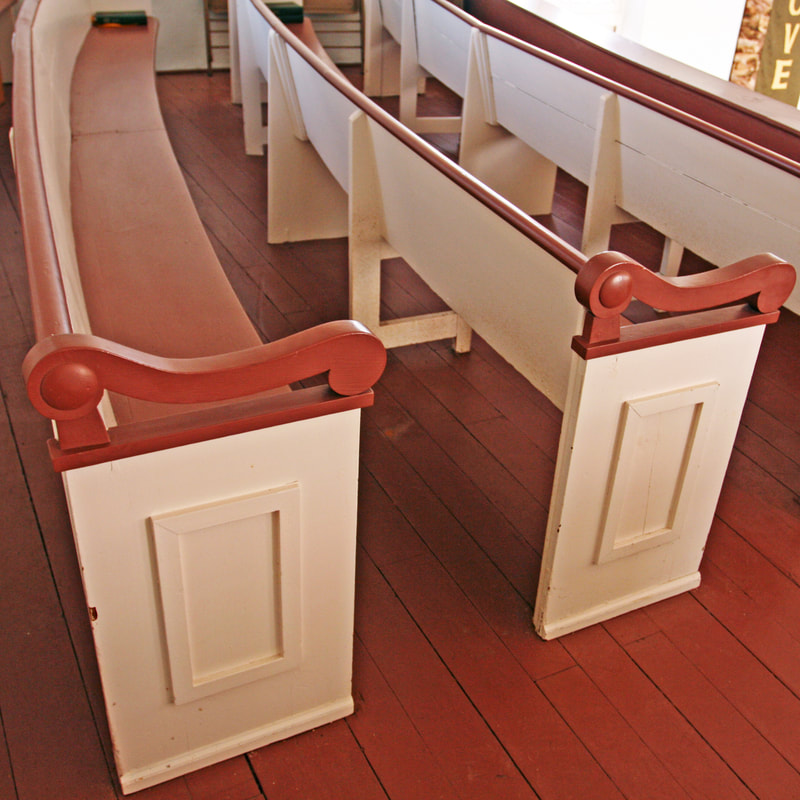 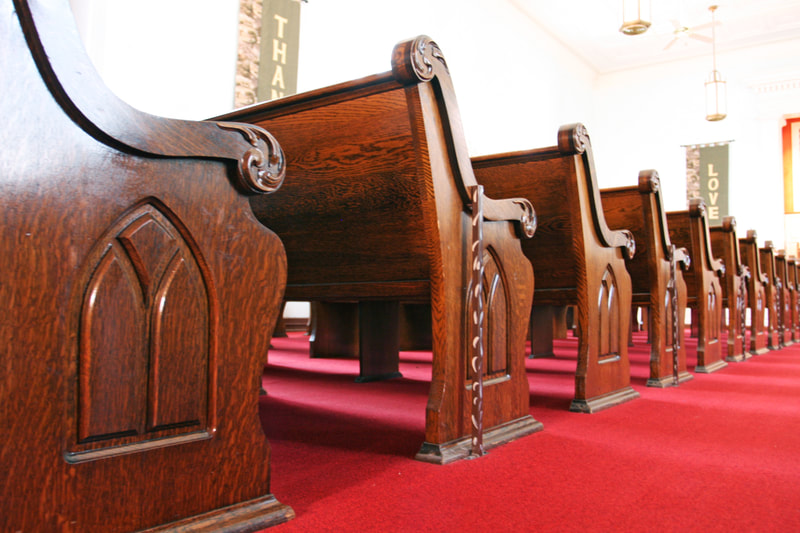 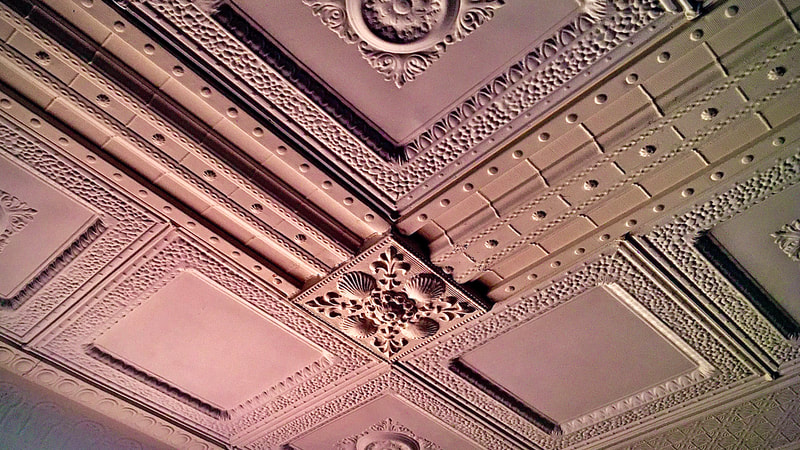 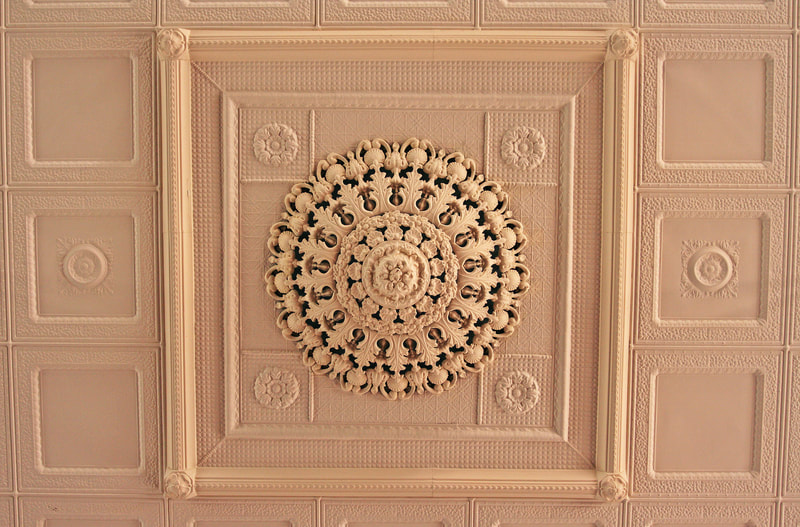 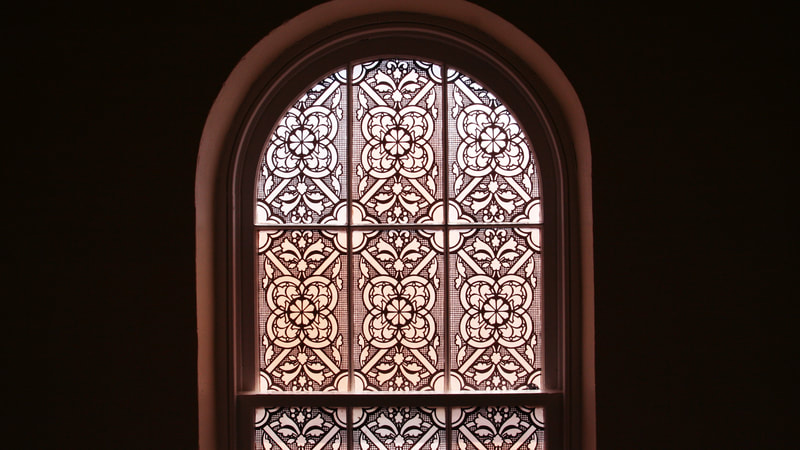 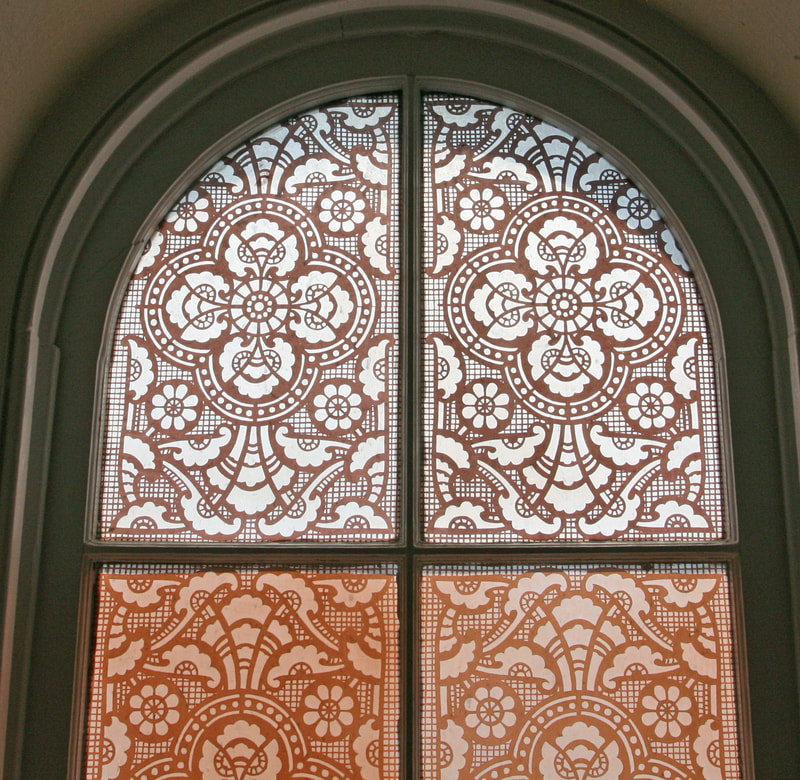 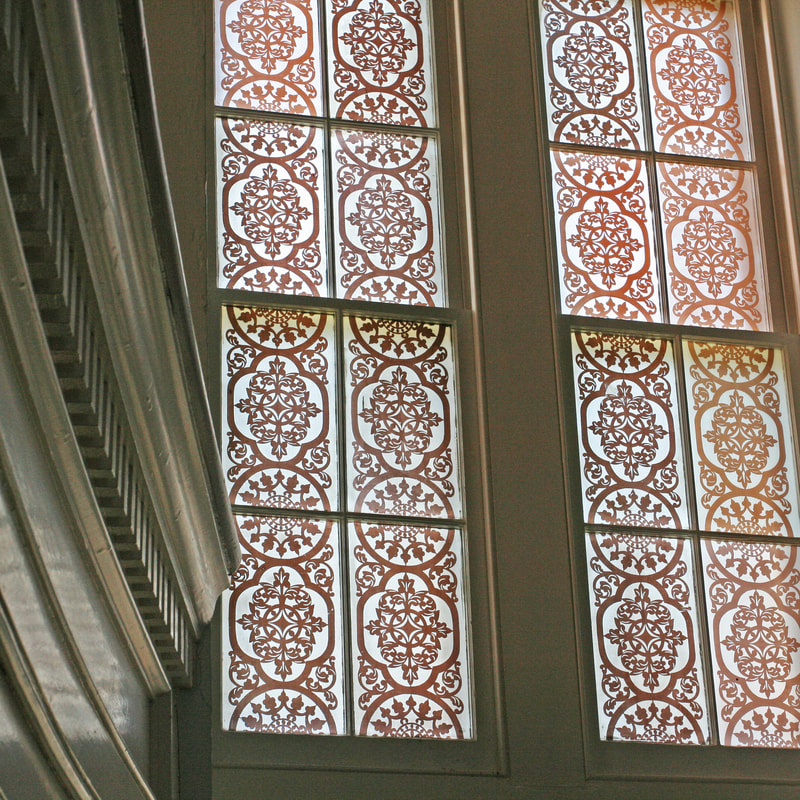 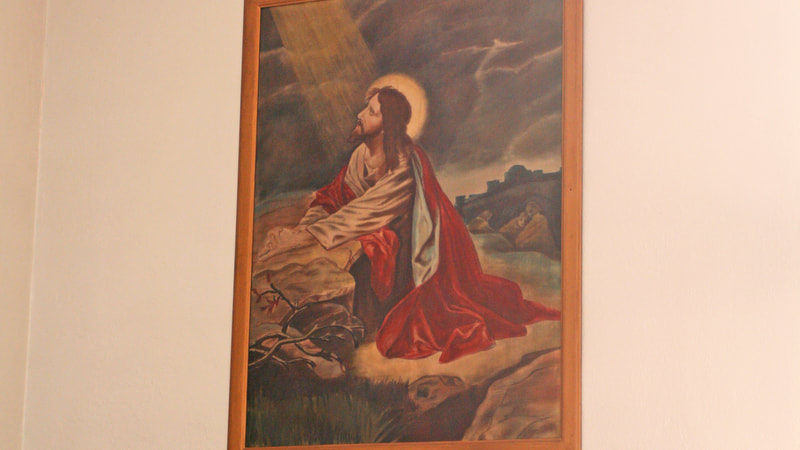 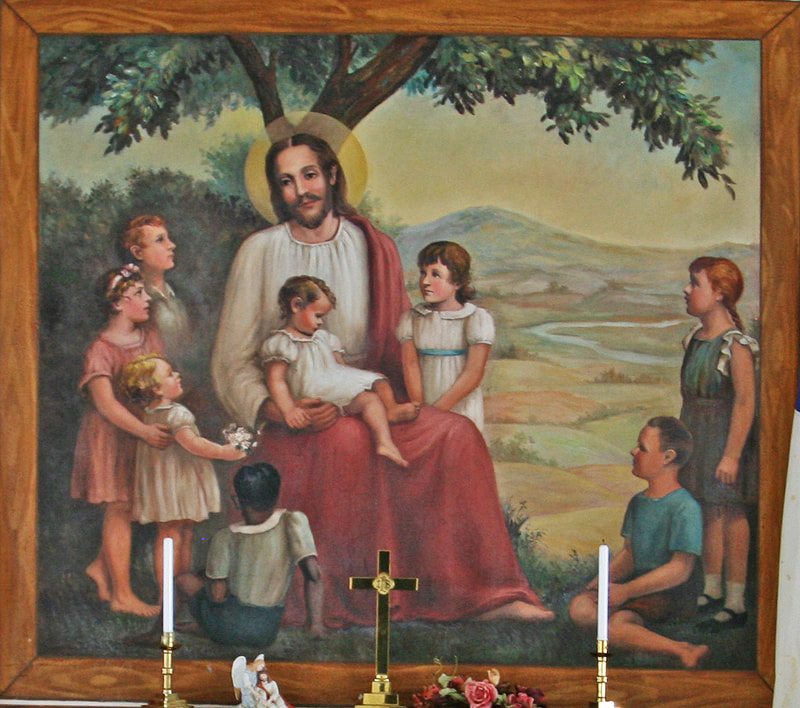